THE FASTEST MOST SCALABLE PLATFORM WITHOUT COMPROMISE

The Koneqt platform is at least 3 to 4 years ahead of what is possible in the IT sphere currently. The Koneqt infrastructure is practically infinitely scalable at a very low cost, it requires a fraction of the processing power of any other system out there in the market. Most backend systems will allow you to hook 10 000 users on it but will fall apart with a 100 000 users require real time access to their information. What will happen when you require to link a million users up in real time over different continents. What happens when you want to connect a 100 000 companies together over one exchange with all their users needing real time access while doing quality assurance on that data. 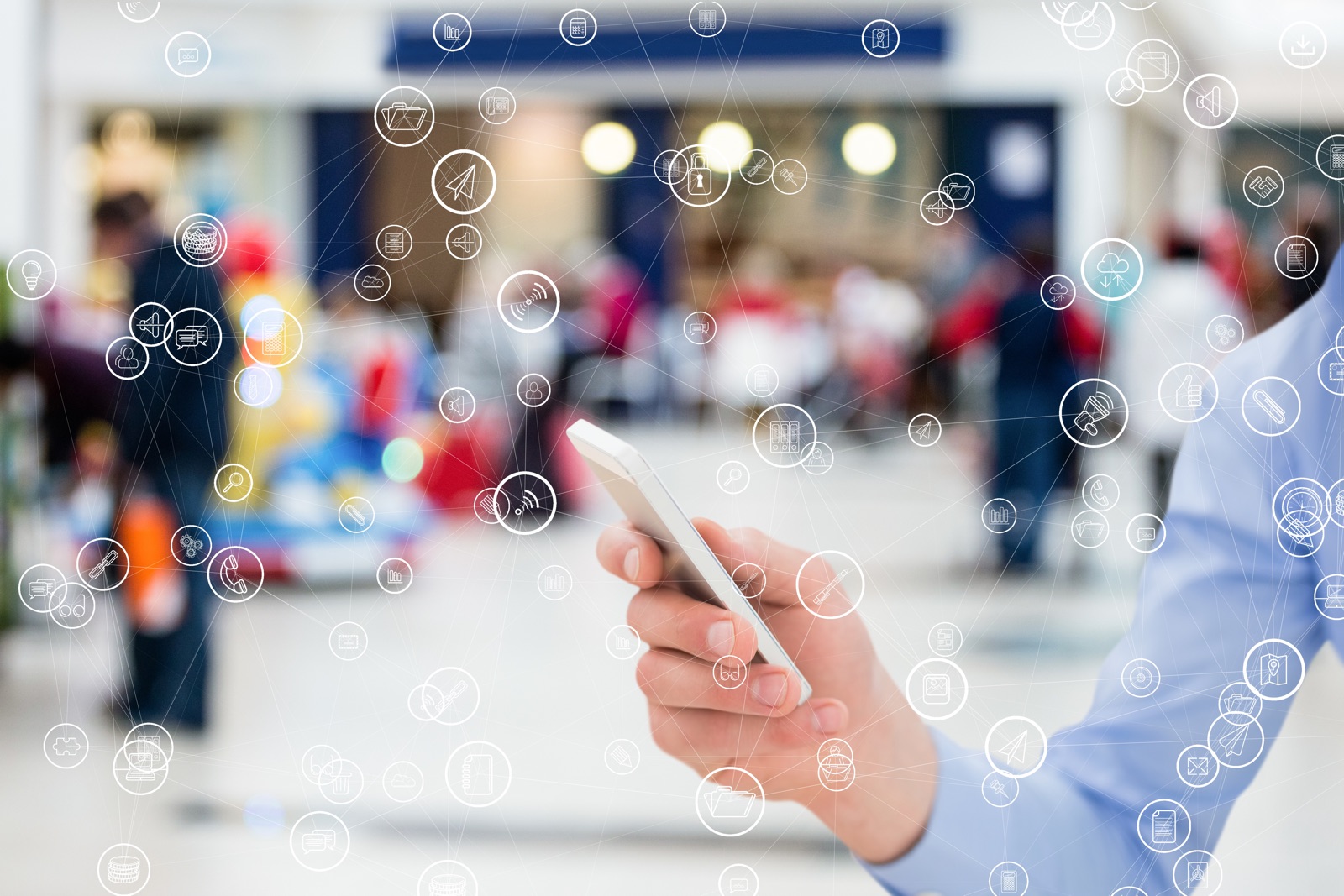 KONEQT PROVIDES A NIMBLE AND EFFECTIVE ALTERNATIVE TO TRADITIONAL HEAVYWEIGHT AND INFLEXIBLE OFF THE SHELF SOFTWARE PACKAGES.

Born of over 30 years’ experience and lessons learnt delivering highly successful governance and compliance solutions to companies of all sizes across numerous industries ranging from construction through retail and financial services, the Koneqt platform and methodology focuses on efficient capture, validation, monitoring and reporting of the important organisational metrics and KPI’s (Key Performance Indicators) harnessing existing systems and processes without placing an undue burden on the day to day operations of the business.

The Koneqt platform is able to do this due to a revolutionary approach to software design which allows us to assemble a solution – and processes – perfectly adapted to the individual needs of each individual client using our arsenal of robust and proven “building blocks” – without having to re-invent the wheel or make cumbersome adjustments to a rigid monolithic application.

This unique approach enables Koneqt to deliver value within extremely short timescales, with an unsurpassed cost/benefit ratio. Equally importantly, Koneqt solutions are able to adapt as rapidly as your business evolves and grows.

Essential business knowledge and data of the organisation needs to be available to the growing mobile workforce worldwide to ensure productivity for the organisation. Being graphically dispersed is common to enterprises and becoming easier by the day, and provides a major driver for systems to be available on mobile. Job functions have changed drastically over the past decade and managers, executives and project managers are frequently travelling and always on the move. These decision makers must have access to business critical information and the easiest path would be mobile integration. The Koneqt platform brings the whole mobile environment to the enterprise with GPS, mobile device camera, uploading documents.

MOBILE FIRST METHODOLOGY IS NOT AN OPTION ANYMORE BUT A CRITICAL INTEGRATED PART OF SYSTEMS.

Koneqt is a mobile first platform that provides an organisation with increased speed, affordability, real time availability of critical business information and systems. Compared to legacy environments (we call them museums for data) the Koneqt platform keeps your data alive and real time. A very light affordable platform that allows organisations to move over faster, and make decisions quicker. Integration is a backbone of the Koneqt platform and it breaks down the silos in organisations allowing an enterprise wide information sharing and workflows. This will open doors for streamlining business processes, reducing cost and increase productivity. 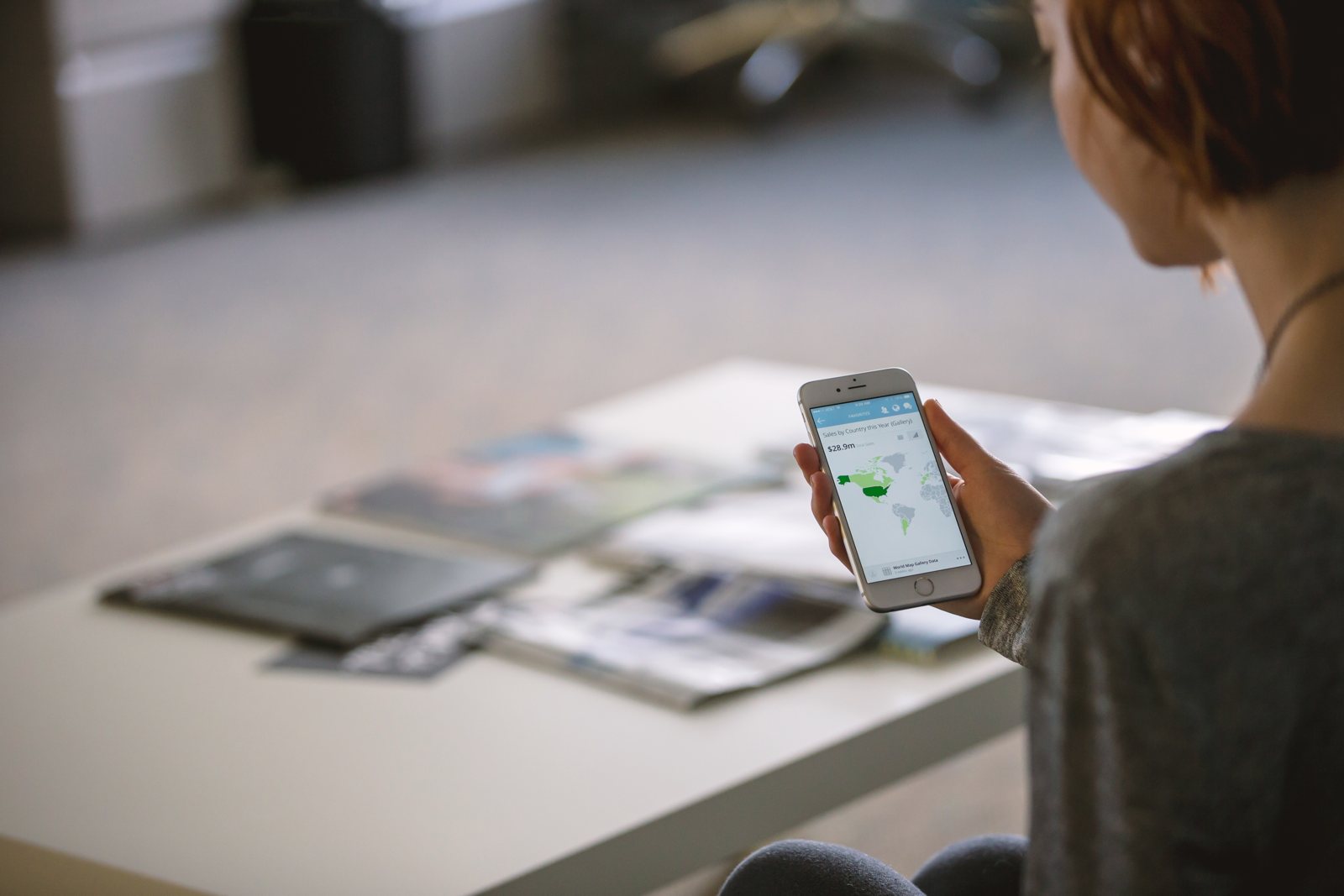 IN FUTURE, THE SPEED AT WHICH BUSINESSES CAN ADAPT TO CHANGES IN THEIR OPERATING ENVIRONMENT WILL DIRECTLY AND PROPORTIONATELY AFFECT THEIR PROFITABILITY – AND EVEN THEIR SURVIVAL.

The emergence and growing adoption of IoT technology to extend the scope of process automation and data capture has led to an increasing requirement for the systems that analyse, interpret, and report this data to become much more “real time” in nature than they have ever needed to be. In the past, it was perfectly adequate for systems to import and analyse data in batch mode – for example taking a monthly feed of sales data from branch offices to produce consolidated group sales reports and feed into the corporate accounting system.

Even now, companies who have achieved overnight batch processing for similar tasks – often at considerable expense – pride themselves in being at the leading edge of technology adoption.

This is all changing. In many sectors of a world which is changing ever faster, it is no longer good enough to know what happened yesterday – businesses need to be able to react immediately to changes in their operating environment – be it customers buying more, or fewer, items of a certain type hour by hour, or energy consumers varying their consumption in response to external influences, eg weather, major sporting events etc. 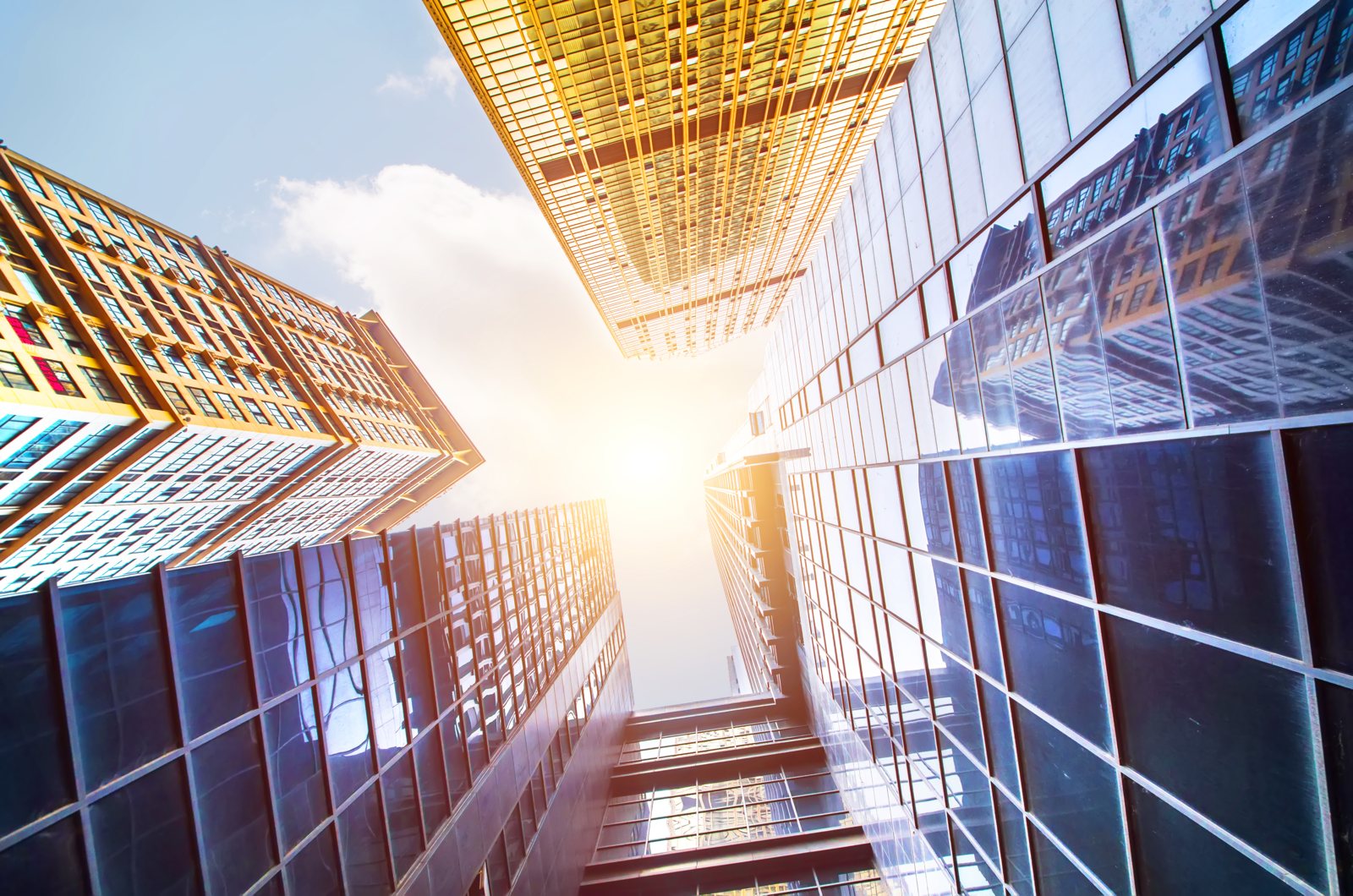 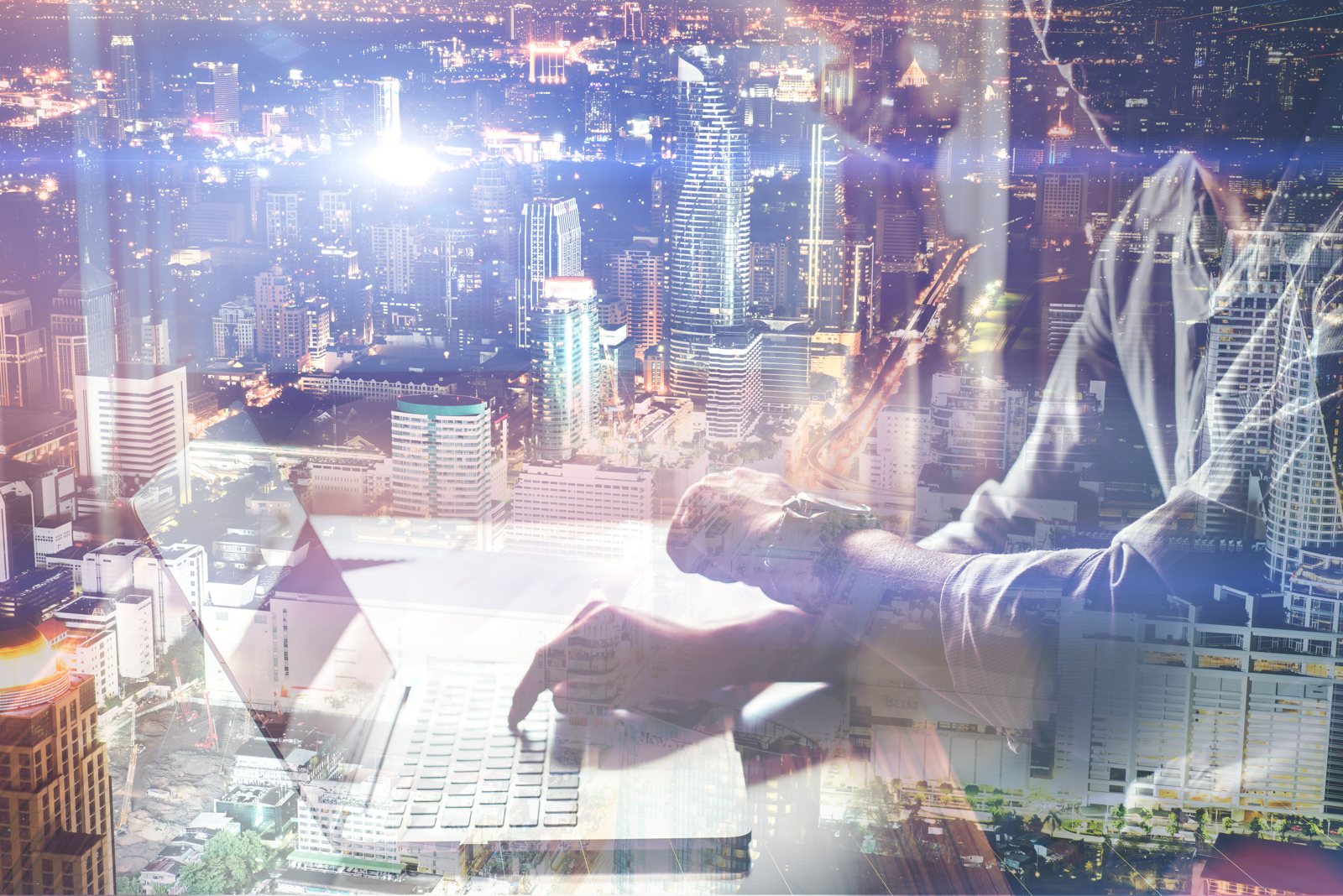 IOT DATA VOLUMES IN THE NEXT FEW YEARS WILL FAR OUTSTRIP THE ABILITY TO SCALE UP HARDWARE IN AN ECONOMICALLY VIABLE MANNER.

The changing face of business as mentioned above brings with it considerable challenges at the technology level – most sizeable businesses have geared up their technology and processes to support the batch model; leveraging IoT requires an enterprise wide paradigm shift in how and when data is gathered, interpreted and reported.

Many of the larger ERP type software vendors, eg SAP, IBM have publicly jumped on the IoT bandwagon and claim to be able to incorporate IoT into their existing products. In reality, what is becoming evident as some of their clients attempt to “bolt on” an IoT strategy using the existing software, is that these bolt ons just cannot cope with the increased frequency and concurrency of data transmission that IoT requires in order to be effective. Systems designed to cope with relatively infrequent transmissions of batches of data from a relatively small number of sources typically do not cope well with very high volumes of small amounts of data transmitted from a large number of data sources – nor can they effectively incorporate the constant trickle of information into meaningful real time business intelligence (previously typically delivered by overnight updates of a very large data warehouse).

Software vendors’ response to this problem has typically been to throw more hardware resources at it – while this may solve a short term problem, the approach is fundamentally flawed as the explosion in IoT data volumes in the next few years will far outstrip the ability to scale up hardware in an economically viable manner.

IOT DATA VOLUMES IN THE NEXT FEW YEARS WILL FAR OUTSTRIP THE ABILITY TO SCALE UP HARDWARE IN AN ECONOMICALLY VIABLE MANNER.

The Koneqt platform has been designed from the outset with IoT in mind and is in principle infinitely scalable to meet future demand.

Koneqt achieves this through a federated and distributed approach to Iot data collection on the one hand, and a dynamic and nimble strategy for extraction and reporting of KPI’s from volatile data sets on the other hand. 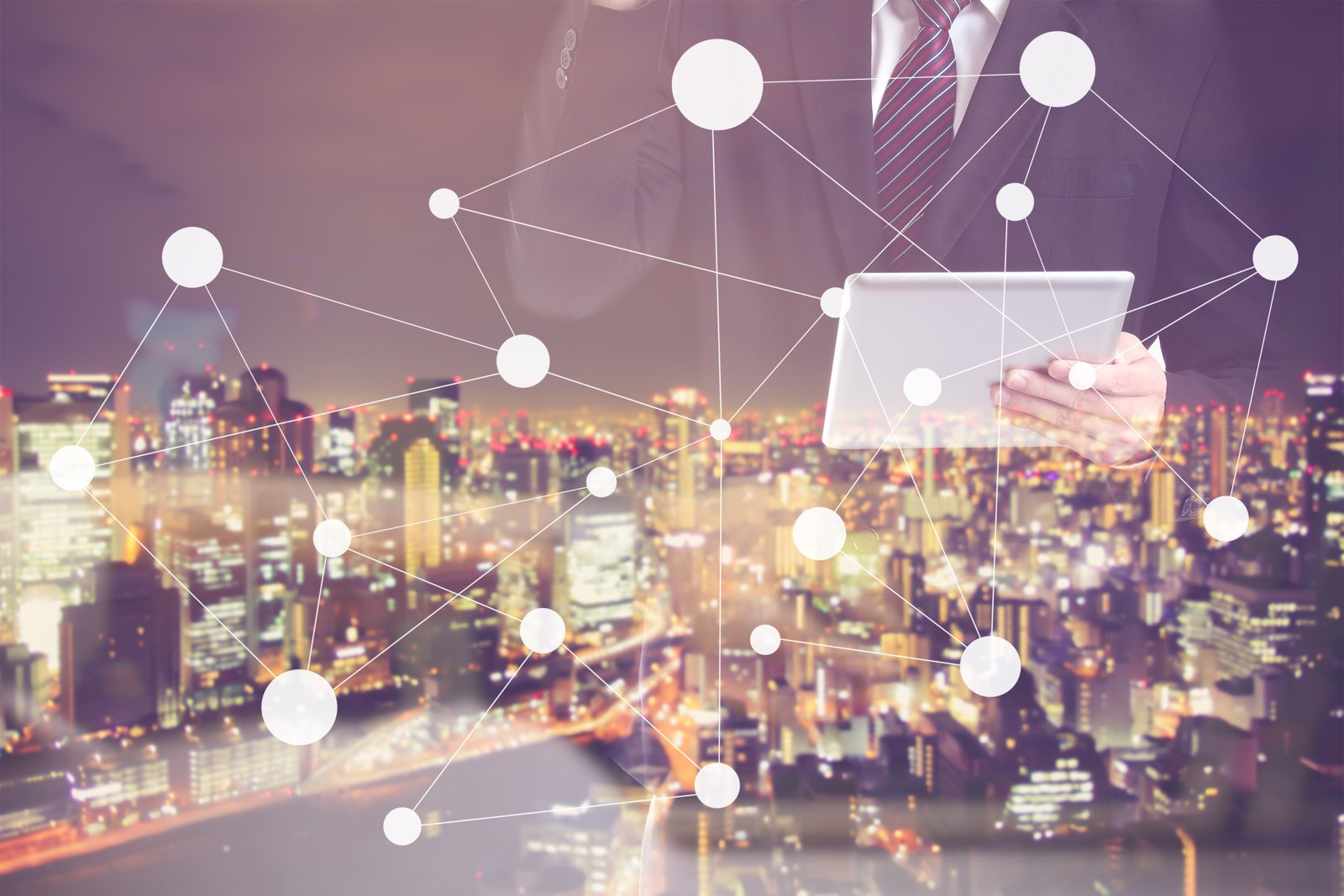 Collection nodes are not simply relays for data to and from the connected IoT devices – they also contain and execute business rules as relevant to that level of operation – for instance, they may be programmed to consolidate or summarise data before passing it upwards to the next level of collection node, or they may be programmed to send a particular instruction back to IoT devices based on input from IoT sensors (without waiting for the information to go all the way to the Koneqt cloud platform and work its way back again through the various levels of connector nodes). This architecture can be thought of as an analogy to the human central nervous systems – stimuli from sensors at our extremities (eg fingertips) are relayed back to the single central controller (the brain) via nerve synapses (the collection nodes) however stimuli requiring instant action (eg touching a hot stove) are responded to by the intermediate nodes without waiting for an instruction from the brain (pull finger away!).

Starting from the IoT device end, a number of protocols have emerged (and are evolving rapidly) for IoT devices to communicate with the outside world – to date there is no clear leader among these protocols however we at Koneqt believe that the IoT world will ultimately be dominated by protocols closely related to the TCP/IP and UDP model, as these are the most ubiquitous protocols used worldwide for all other device to device communication. We have extensively researched the available standards and have adopted MQTT as best suited to the overall Koneqt architecture and already widely implemented in off the shelf embedded devices. That being said, we are technology agnostic at the software level and are able and willing to interface with any IoT devices in commercial production now or in future.

In the simplest (most standard) scenario, an IoT device (eg a SmartMeter) will be capturing data and periodically transmitting this through to a KCN (Koneqt Collection Node) over TCP/IP – this could be over a classic internet / broadband connection where one is available, or over a cellphone data network, etc etc. Assuming a data transmission frequency of 1 transmission per 5 minutes of up to 10Kb, up to 10,000 IoT devices can comfortably be handled by one KCN.

Each KCN is in effect an ultra small form factor PC with all solid state hardware running a hardened and cut down Linux operating system and a subset of the Koneqt platform software. KCN’s can be geographically located wherever convenient and/or to take into account local network connectivity variations. Each KCN can be the upper level controller for up to 100 other KCN’s (as well as servicing 10,000 Iot devices directly). 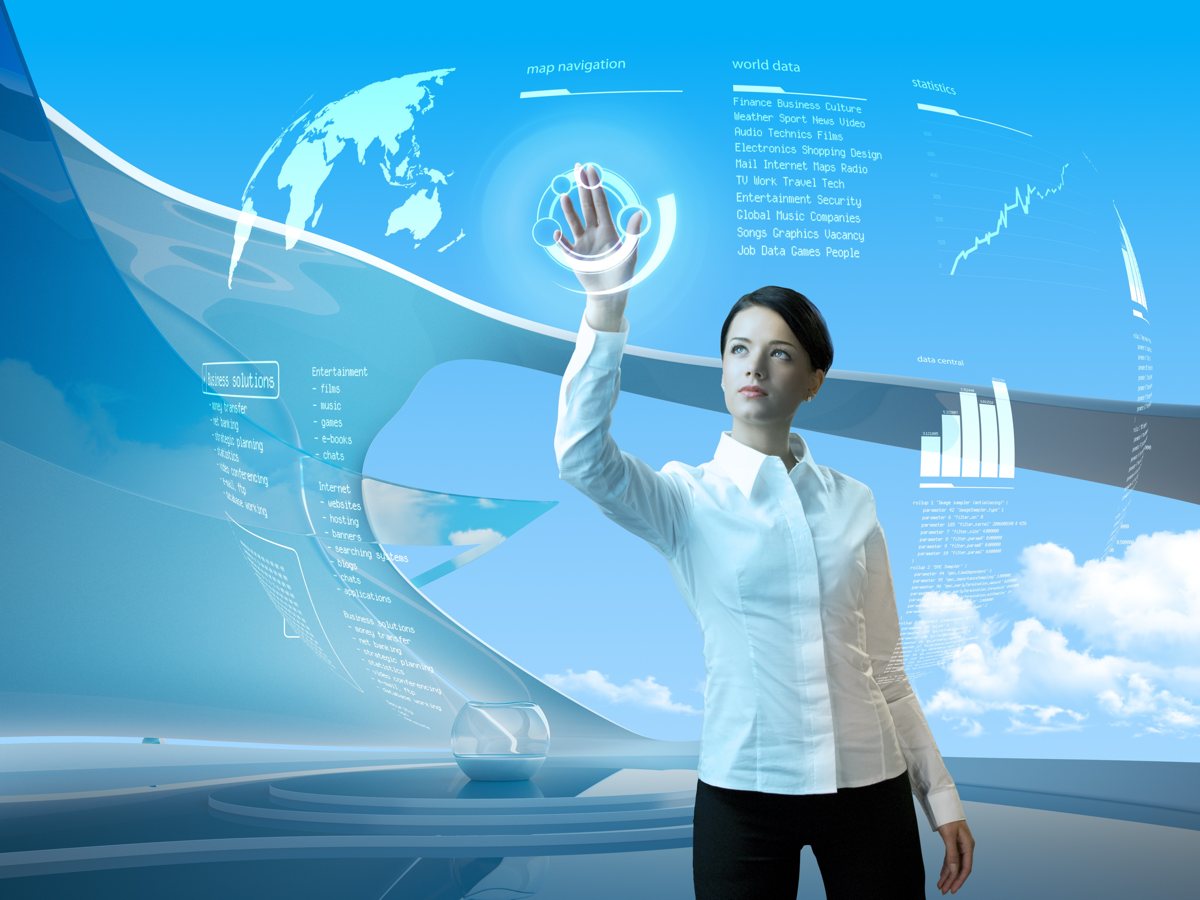 KCN rules are programmed on the Koneqt cloud platform and automatically transmitted through the hierarchy of KCN’s to update the locally held rule sets; this provides a tremendous advantage in resilience and robustness as there is no single point of failure in the IoT network; KCN’s can be configured to report upwards via multiple routes in the event of communication issues (and likewise receive control responses via multiple routes where relevant).

Once on the Koneqt platform, data is instantly accessible within KPI reports as the underlying data accumulations and summaries are updated in real time with “delta inputs” received from the KCN network – rather than having to be rebuilt overnight as a traditional data warehouse would.